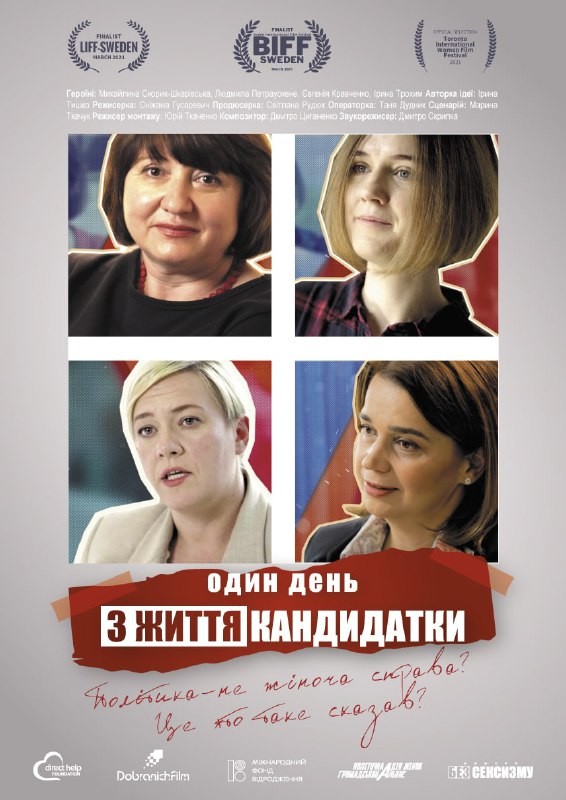 One day from the life of a female candidate

A documentary film “One day from the life of a female candidate” includes four stories about socially and politically active women who participate in the local elections in Ukraine in October 2020. Four video-stories about different fortunes, different professions and motivation of the heroes, who are jointly sharing a common desire for change in the interests of a local community which they belong to, and their readiness to take the responsibility for their actions, to unite other proactive citizens around their ideas, and to break the gender stereotypes.

The film was created with the support of The International Renaissance Foundation and with the charitable assistance of the Direct Help Foundation. The film is a continuation of the volunteer monitoring project of the Public Alliance “Women’s Political Action” #electionsWITHOUTsexism, which began its work in September 2020.